Mrs. Susan Ann Milam Morgan, 56, of Douglasville, Georgia passed away Saturday, December 19, 2015. She was born August 30, 1959 the daughter of the late Mr. Weyman Chesley Milam, Sr. and the late Mrs. Geneva Akins Milam. She married Robert Allan Morgan, Sr. on July 9, 1977 in Marietta, Georgia. She worked as a Project Manager for Eaton Electrical – Cutler Hammer.
In addition to her parents, she was preceded in death by brother, David Pruitt and sister, Melissa Ann Milam.
She is survived by her husband of 38 years, Robert Allen Morgan, Sr. of Douglasville; her daughter and her wife, Melissa and Andi Morgan of Dallas; son and daughter-in-law, Robert Allen Morgan, Jr. and his wife, Kristy Morgan of Fairplay; three granddaughters, (Grandma’s Sunshine Girls) Kaylie, Kaitlyn, and Kinsley; brothers and sisters-in-law, Robert Edward “Bobby” and Sherry Milam of Carrollton and Weyman Chesley Milam, Jr. and his wife, Lisa of Lawrenceville; her aunt, Betty Walters of Foley, AL; several nieces and nephews.
The family will receive friends at Jones-Wynn Funeral Home in Douglasville, Monday, December 21, 2015 from 6:00 PM until 9:00 PM and on Tuesday, December 22, 2015 from 12:00 PM until 2:00 PM.
Funeral Services will be conducted Tuesday, December 22, 2015 at 2:00 PM at the Chapel of Jones-Wynn Funeral Home in Douglasville.
Interment will follow at Mozley Memorial Gardens in Douglasville. Those desiring to do so may make contributions in her memory to the American Cancer Society, P.O. Box 22478, Oklahoma City, OK 73123. Messages of condolences to the family may be sent at www.jones-wynn.com.
Jones-Wynn Funeral Home & Crematory of Douglasville is in charge of arrangements. 770-942-2311 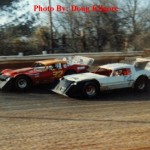 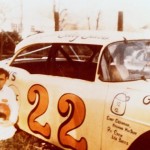